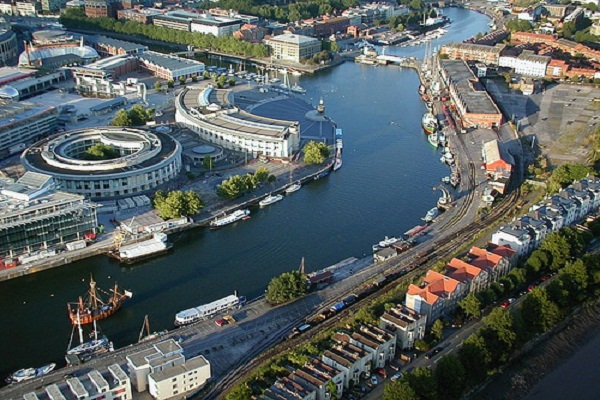 Bristol Harbour covers an area of 70 acres (28.3 ha). It has existed since the 13th century but was developed into its current form in the early 19th century by installing lock gates on a tidal stretch of the River Avon in the centre of the city and providing a tidal by-pass for the river. It is often called the Floating Harbour as the water level remains constant and it is not affected by the state of the tide on the river.