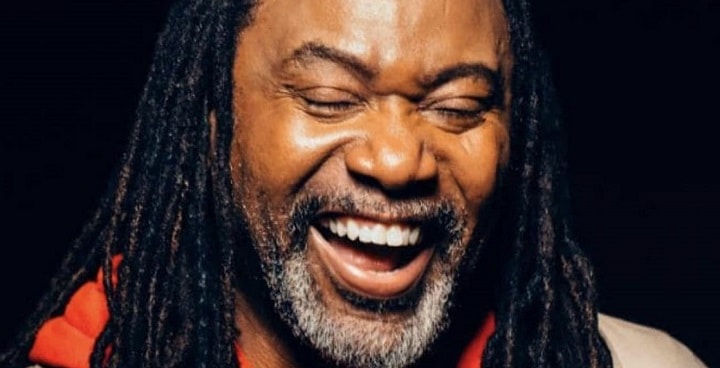 Comedy Garden favourite Reginald D Hunter headlines a simply stunning line-up in the Big Top. The Have I Got News For You star’s searingly honest material has garnered him a popular fan base that spans the generations and always an unmissable watch.

Reginald D Hunter began his career in comedy after doing his first stand-up stint on a dare, when he was a classically trained theatre student. Since then the American born comic has never looked back. In 1998 he was a finalist in the So You Think You’re Funny competition, and was nominated for the Perrier award three years running. He’s now one of the hottest comics in Britain and a household name, making regular television appearances on shows such as Have I Got News For You and 8 Out of 10 Cats.

“Comically astute” and “rewardingly provocative” (The Times), Hunter has no problem with making his audience uncomfortable with jokes that often hit very close to home. Influenced by his upbringing in the deep south of America, he likes to draw on the sharp contrasts between his life on the other side of the pond, and his life as an American black man in the UK.